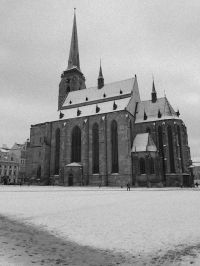 Dateline May 6, 1945, Plzen, Czechoslovakia. Over the past five and a half years Plzen (Pilsen) in the Bohemia region of Czechoslovakia has been oppressed under the boot of NAZI German rule. Today, General Patton’s United States’ Third Army liberated Plzen. Czechs, young and old, greeted American soldiers by waving the stars and stripes as American tanks thundered into the city.

Occupying forces of the Third Reich, Czech conspirators, and NAZI sympathizers are being rounded up. Remnants of NAZI German snipers are being cleared out and life is returning to normal. 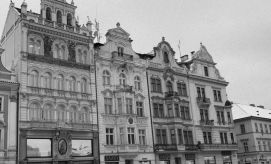 Celebrations have broken out throughout this old city founded in the late 13th century south-west of Praha (Prague). Citizens have waited seven long years for this day. Observers from the old Plzen Tower at the massive Cathedral of St. Bartholomew witness the jubilation in the streets far below. Buildings that have stood for centuries show the beauty found in this Bohemian city.

This reporter climbed the 298 steep, narrow steps to the observation deck of the tower built during the 13th-15th centuries to see first-hand the jubilation in the streets. American and Czechoslovakian flags are being displayed throughout the city as troops from Patton’s army are embraced by the liberated Czechs.

The Great Synagogue that was built during the late 1800’s may soon reopen. The synagogue is the second largest in Europe and has unique style with onion domes and Arabic ceiling.

The Germans used this place of worship as a warehouse during the war. It is uncertain if any Plzen Jews remain as most had been forcibly removed by the Germans. It is believed that very few have survived.

Beer from the famous old Pilsner Urquell brewery is once again being produced. Beer is being tapped from barrels in the deep factory cellars. Americans and Czechs toast each other in celebrating the end of the NAZI occupation. Anger at the Allies for having their country given away seven years ago at Munich has been temporarily set aside as this one city once again enjoys its freedom.

The above could have been news about Plzen that day over 70 years ago near the end of World War II. Over the past one hundred years, Bohemia had been part of tremendous political and military upheaval.  Imagine, if you can, somehow surviving under the oppression of NAZI German rule in Czechoslovakia and the joy in liberation that followed.

Oppression did not end, however, until 1989 when Czechoslovakia finally became free of the Soviet Union occupation.  In 1993 the current Czech Republic was formed.

I purposely used black and white for the photos for this story keeping with the theme of a short news report from 1945. I am attaching the color versions of the photos for your enjoyment as well as others that demonstrate the beauty of Plzen.

There are several other places to visit in Plzen which were closed for renovation during my visit. These include the obelisks and the underground which I hope to return to see in the future. 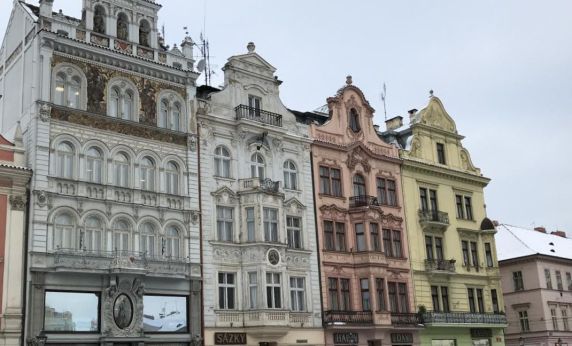 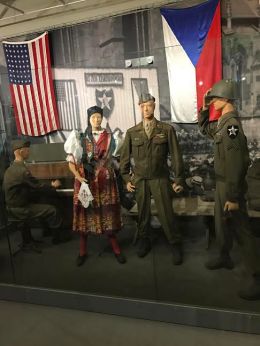 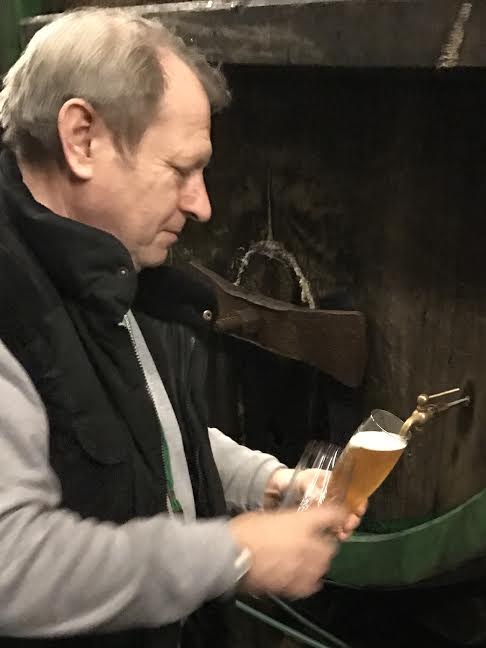 Note the ornate, beautiful decorations in several of the many buildings in the city. As I walked through  the central parts of the old city I always reminded myself to look skyward to see the grandeur that many before us have left for us to enjoy in their building designs. 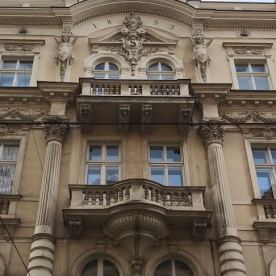