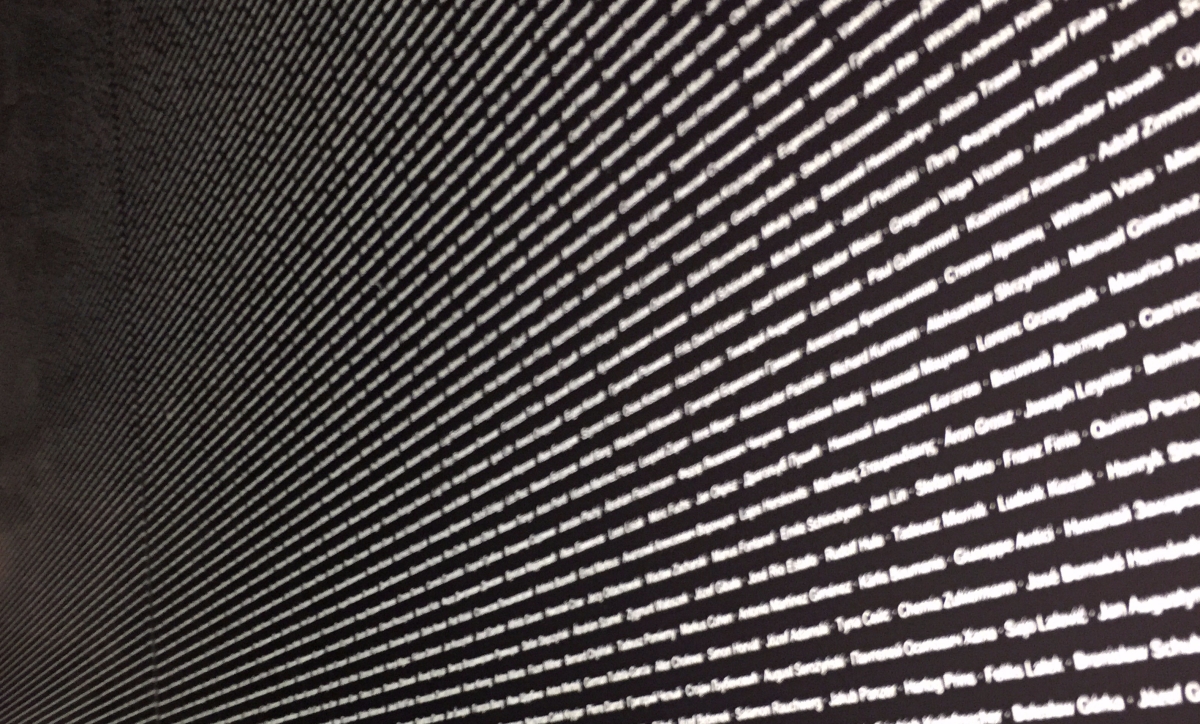 How do I write a story with a theme that is intensely horrific? How can I grapple with remnants of history and do it in a way that makes sense of an extremely painful period of human existence?

How can I write a story with full knowledge that it will be incomplete, inadequate, and certainly more deserving than the feeble words I present?

It is with these questions that I write a story that I have avoided for two years even though I knew I wanted to write it. This story is about my exploration of the Mauthausen Concentration Camp in Austria and Vienna’s “Nameless Library” Memorial to its 65,000 Jewish victims of the Holocaust.

You receive a tremendous punch in the gut when visiting the Mauthausen Concentration Camp Memorial in Austria. Emotions run fast, hard and deep… sadness, fear, disgust, disbelief, anger. I was with a loss of words as I confronted, face-to-face in photographs, those whose lives were taken and I saw living conditions where even the strongest struggled to survive.

I was aghast as I observed how methods were developed to kill human beings. I was sickened to see the crematorium knowing that evidence of inhumanity was covered up there.

Today Mauthausen’s gates are open as Austria wants its citizens and everyone to visit, remember, and hopefully learn from history. Visitors arrive daily and are hit like a powerful sledge hammer blow by what they rapidly see and hear.

Two years ago when I visited Mauthausen there were very young school children walking through the memorial, several burly tough bikers, and many average people of all ages who came alone or in small groups. Everyone visiting Mauthausen left somber, reflective, and changed.

In the memorial I saw the faces of forgotten souls except for their names inscribed in the memorial. Yet, here and elsewhere they are remembered. They endured inhumanity in this slave labor camp. At least 90,000 people died at the hands of the Nazis at Mauthausen between 1938 and 1945. Most of the people who were imprisoned and killed were Jews from several countries in addition to Germany and Austria.

There were other groups of people with differing political ideologies sent to the camp along with criminals, emigrants, Jehovah’s Witnesses, and Roma. Initially people were sent there for forced labor but as World War II grew longer, the camp changed to absorb more people from Poland, Russia, Romania and many other places… sent to Mauthausen solely to be killed.

During these dark years nearly 65,000 Viennese Jews were murdered by the Nazis. Mauthausen was one of several camps they were sent to as slaves and likely to be killed. In Vienna’s Judenplatz stands a somber memorial representing an inaccessible library with walls of books facing spine inward.

The memorial symbolizes the unreadable stories of the lives of those taken and never returned. Engraved into its base are the names of camps where many were sent and lost forever. Along with an engraved Star of David, the following inscription at the base in German, Hebrew and English… “In commemoration of more than 65,000 Austrian Jews who were killed by the Nazis between 1938 and 1945.”

Seeing brass plates embedded in the sidewalks in my Vienna neighborhood memorialize those people forcibly taken from their homes. These small remembrances brought my memories of Mauthausen front and center from two years earlier when I was there. Only a very small percentage of those “deported” people returned to their homes.

Today these brass plates ensure that these people are remembered. The plates remind us of the disappearance of human beings forever to Mauthausen, Buchenwald, Treblinka, Auschwitz, Dachau, and many, many more places of murder. 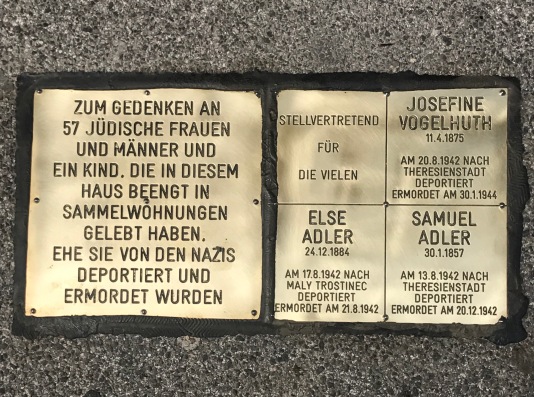 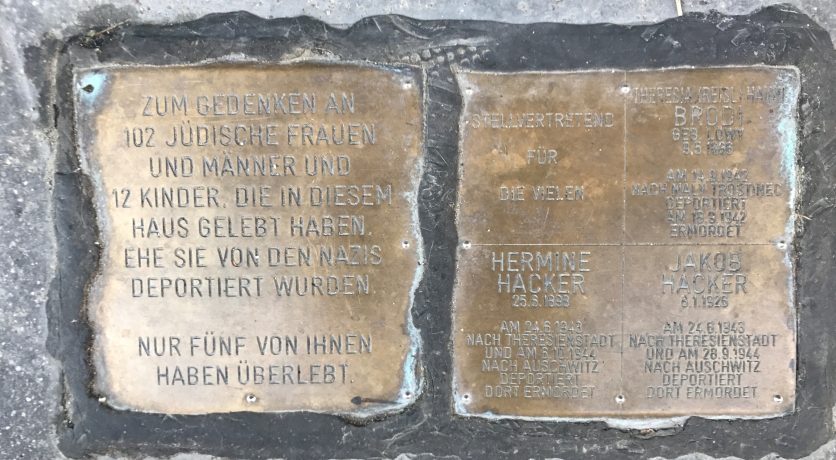 Mauthausen and other concentration camps were set up as “slave labor camps” while others such as Treblinka were “death factories” created solely to kill people on a massive scale. Slave labor was used in Mauthausen’s granite quarry which the Nazi SS had set up as one of its business ventures.

Slaves were often expendable. Stories are told of slaves forced to line up and push the person in front of him off the quarry edge to his death and then meet a similar fate by the person behind him. Tens of thousands are buried at Mauthausen in mass graves. Initially only men were in Mauthausen but women were brought in later and required to provide a brothel.

A story is told of Russians being hunted like animals in the “hare hunt” when 500 escapees were hunted and killed on the spot when found. Only a few (maybe 11) are thought to have ever escaped. Illness literally would lead to death from inadequate healthcare, terrible overcrowded living conditions, and insufficient food. Illness usually meant that the prisoner would be starved or killed as their usefulness was diminished.

At Mauthausen there exists several enormous black granite tables (pictured previously) with the names of prisoners etched in them. And there is the crematorium to dispose of bodies, and a small gas chamber for killing, and mass graves where tens of thousands rest, and barracks where many slaves lived in numbers well beyond the capacity of the buildings, and remnants of the electrified fence atop prison walls, and places where people were executed.

In some places in the world today, “history” is conveniently rewritten, denied or even obliterated. Austria wants their citizens and people from everywhere to visit and learn. They also want their children to come here so that throughout their lives and for future generations the violent and inhumane treatment that was unleashed against fellow humans is remembered and hopefully never repeated.

6 thoughts on “Holocaust Remembered at Mauthausen and in Vienna”